A Trip to: Guatemala

Editor’s note: I mentioned the other day that I received a really sweet email requesting that I show some love to other Central American countries, in particular, Guatemala. The young man who emailed me wishes to remain anonymous so I’ll just refer to him affectionately as mi “hermanito guatemalteco.” His passion for Guatemala touched me, and the photos he shared with me were really beautiful so I asked if he wanted to share them here – he agreed. Here are his photos and his words. Come along for a trip to Guatemala! 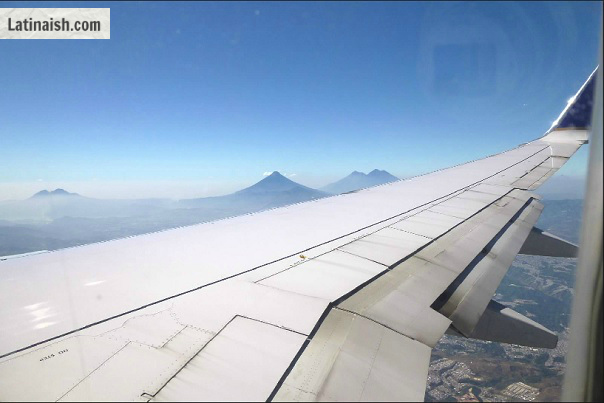 Landing in Guatemala City is unlike landing in most other cities. The airplane trembles and shakes, making a rough descent. As it dips below the clouds, you may see the volcanoes Agua, Fuego, Pacaya, and on a clear day, maybe Acatenango. The thick smog from Central America’s northernmost capital makes the landscape look gray and somewhat bleak, but the view is breathtaking nonetheless. As the airplane shakily lands onto the hot asphalt, the passengers cheer and applaud the safe landing.

This is the arch of Santa Catalina. It is the most well-known symbol of La Antigua, Guatemala. Along the streets of Calle del Arco are vendors selling colorful Mayan cloths and rubber balls made of pig skin. The buildings alongside the street are colonial, built during the Spanish conquest of Guatemala. The original convent building still exists, now remodeled into Hotel El Convento Santa Catalina. There is a fountain in the courtyard in the hotel. According to legend, Pedro de Alvarado, conqueror of Guatemala, Yucatan and El Salvador, drank from the fountain during his travels.

These are some patojos (kids) we saw in Santiago Atitlan. Right before this picture was taken, they had been playing fútbol near the lakeshore, while their parents washed their clothes in the shallow waters of Lake Atitlan. The children were happy to have their picture taken, excited to be able to be seen in Los Estados Unidos, like all the celebrities, they say.

This is the cross atop Cerro de la Cruz, which overlooks the colonial town of Antigua Guatemala. A easy hike to the top of the hill rewards one with majestic views of the whole Panchoy Valley. When I took this picture, I was with my cousins, we had just gone to the mercado and bought some mango con chile, and we brought it up here with us to enjoy it. Although the day was cloudy, it was still a comfortably warm temperature. 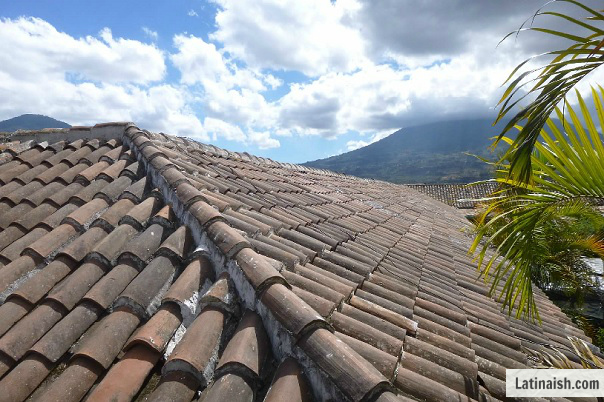 Editor’s note: Did you enjoy this guest post? If you have roots in a country in Latin America and some nice photos you’d like to share as we did here with some short descriptions, please email me. I’d love to make this a special Hispanic Heritage Month series!