A Trip to: Chile

Editor’s note: Welcome to the Hispanic Heritage Month “A Trip to” series here on Latinaish. Join us as we virtually visit different Latin American countries through the photos and words of people who live there, have lived there, or have visited and have a lot of love for that particular place. Today Diana Caballero of Speaking Latino shows us around Chile!

I had the opportunity to visit Chile during the best time of the year: Fiestas Patrias! My husband lived there for three years and he always talked to me about how wonderful Chile is especially when they celebrate their independence. At some point I became friends with a Chilean living in Miami and she introduced to me some of the Chilean food and culture that reinforced to me that Chile was a must-do trip. So a full year of “campaigning” to visit Chile began with Jared and finally attending this year’s Fiestas Patrias celebration became reality for me. 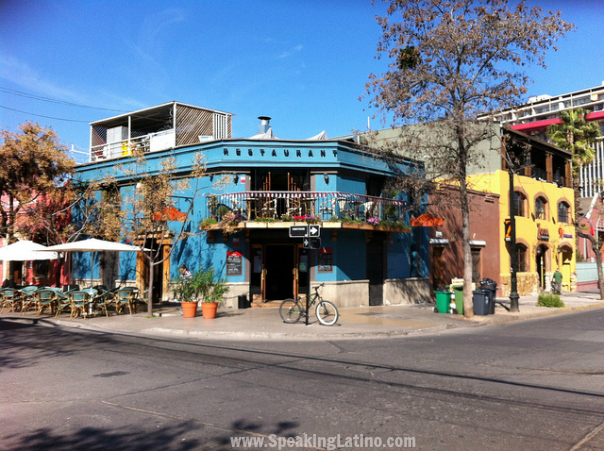 Pio Nono street crosses from North to South in the Bellavista neighborhood in Santiago. It’s a street with a lot of restaurants, bars and galleries. The Bellavista neighborhood has a bohemian mood with colorful buildings. This street also takes you to the Metropolitan Park that includes a zoo and funicular that takes you to the top of the San Cristobal hill where you have an almost 360 degree view of Santiago. 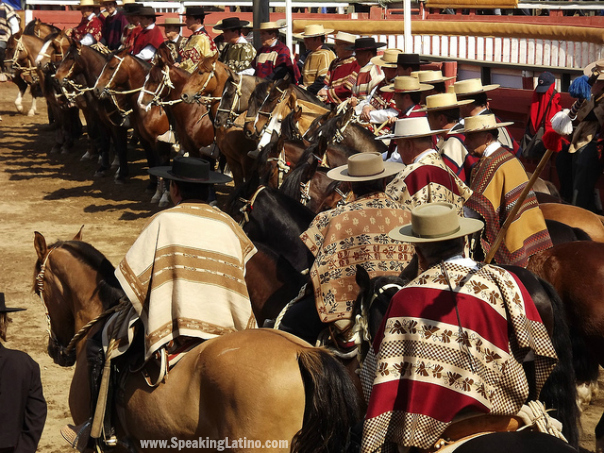 In 1962 the Chilean rodeo was declared a national sport and it is also commonly performed during the celebrations of Fiestas Patrias. This photo shows several Chilean rodeo national champions that met at the Padre Hurtado Park (ex Parque Intercomunal de la Reina) as part of the celebrations of the Semana de la Chilenidad. All participants wore the traditional Chilean Huaso attire.

Almost all Latin American countries have their own version of an empanada. In Chile the most popular is the empanada de pino. Pino is the filling made from beef, onions, raisins, one black olive, and a portion of hard boiled egg. These empanadas also have a distinctive way of folding and sealing the dough. 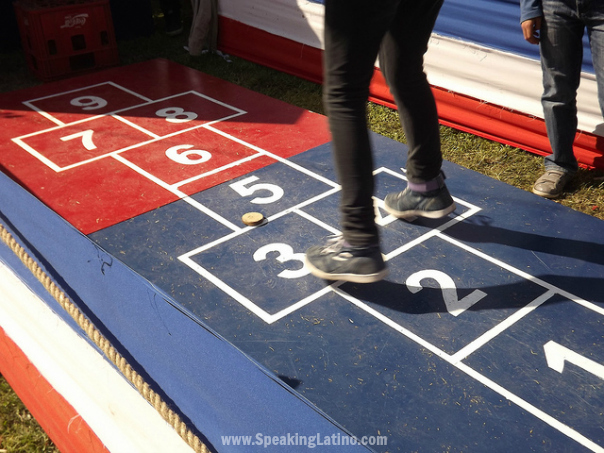 In addition to the fondas, the cueca dance and the barbeques, the Chilean Fiestas Patrias also include traditional games played by kids. Hopscotch is one of those. Chileans refer to it as luche, but its also known in other countries with many different names such as infernáculo, rayuela, peregrina and avión. Other traditional games played during this celebration are: the Chilean rayuela, la rana, palitroque and taca taca.

The figure of the organ grinder or organillero in Latin America comes from Germany where the first instruments came from in 1880. Organilleros in Chile are usually seen in conjunction with the traditional chinchinero, a street performer who plays a bass drum strapped to his back with long drumsticks and a rope tied around to the performer’s foot to play the cymbals on top of the drum. 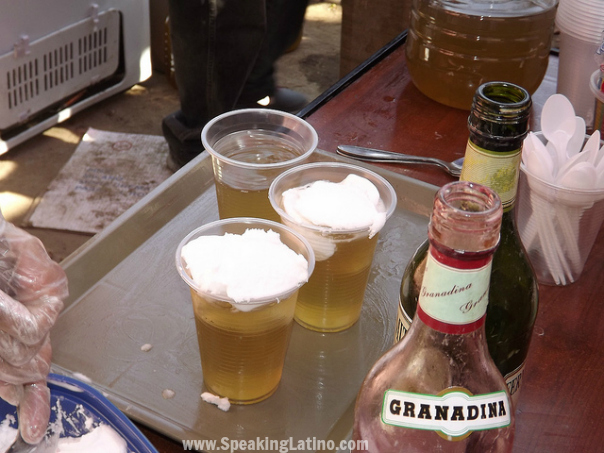 I think you would like to experience a terremoto in Chile. Terremoto means earthquake, but I am not talking about a real one. This one is just a drink. The terremoto drink is made with pipeño, a sweet white wine, fernet or grenadine and a scoop of pineapple ice-cream that floats on the top of the drink. Depending on the size it can be named differently: cataclismo (cataclysm) for a big glass or réplica (aftershock) for a smaller size usually after you drink a terremoto. Warning, these drinks will make your legs shake!

About one and a half hours from Santiago you can arrive to Valparaíso, one of Chile’s main ports. Valparaiso was built on 41 hills and was declared a World Heritage Site by the UNESCO. Get ready for a nice walk that includes some steps while looking at artistic expressions in graffiti on the walls of this old city. There are eight funiculars or ascensores that will take you to the top of the hills for a magnificent view. Within a short drive you can go to Viña del Mar, the principal beach town for Santiago residents.

Editor’s note: Did you enjoy this guest post? If you have some nice photos of a Latin American country you’d like to share as we did here with some short descriptions, please email me to be a part of this special Hispanic Heritage Month series!